An anonymous reader writes: One of the most powerful features of modern browsers is the ability to install third-party extensions. They allow third-party developers to work on really useful niche functionality, and let users customize their browser with the tools they need. Unfortunately, this environment has the same discover-ability and security problems as standalone software. Thus, my question: what are your most useful (and safe) browser extensions? I can't live without some privacy basics like NoScript, AdBlock, and Ghostery. I also find FoxyProxy helpful for getting around geolocation requirements for media streaming. OneTab works pretty well for saving groups of browser tabs, and Pushbullet keeps getting better at managing my phone while I'm at my PC.

The Problem With Positive Thinking by Soulskill
Sunday October 26th, 2014 at 11:26 PM

1 Comment
An anonymous reader writes: The NY Times explains research into how our mindset can influence results. The common refrain when striving for a goal is to stay positive and imagine success — people say this will help you accomplish what you want. But a series of psychological experiments show such thinking tends to have exactly the opposite effect. "In a 2011 study published in the Journal of Experimental Social Psychology, we asked two groups of college students to write about what lay in store for the coming week. One group was asked to imagine that the week would be great. The other group was just asked to write down any thoughts about the week that came to mind. The students who had positively fantasized reported feeling less energized than those in the control group. As we later documented, they also went on to accomplish less during that week." This research has been replicated across many types of people and many different goals. Building on that research, the scientists developed a thought process called "mental contrasting," where people are encouraged to think about their dreams coming true only for a few minutes before dedicating just as much time to thinking about the obstacles they'll have to deal with. Experiments have demonstrated that subjects using these techniques were more successful at things like exercise and maintaining a healthy diet than a control group. "[D]reaming about the future calms you down, measurably reducing systolic blood pressure, but it also can drain you of the energy you need to take action in pursuit of your goals."

New submitter tiberus sends word of a breakthrough medical treatment that has restored the ability to walk to a man who was paralyzed from the chest down after his spinal cord was severed in a knife attack. A research team from the UK, led by Professor Geoff Raisman, transplanted cells from the patient's nose, along with strips of nerve tissue from his ankle, to the place where the spine was severed. This allowed the fibers in the spinal cord to gradually reconnect. The treatment used olfactory ensheathing cells (OECs) - specialist cells that form part of the sense of smell. ... In the first of two operations, surgeons removed one of the patient's olfactory bulbs and grew the cells in culture. Two weeks later they transplanted the OECs into the spinal cord, which had been cut through in the knife attack apart from a thin strip of scar tissue on the right. They had just a drop of material to work with - about 500,000 cells. About 100 micro-injections of OECs were made above and below the injury. Four thin strips of nerve tissue were taken from the patient's ankle and placed across an 8mm (0.3in) gap on the left side of the cord. ... Two years after the treatment, he can now walk outside the rehabilitation center using a frame. 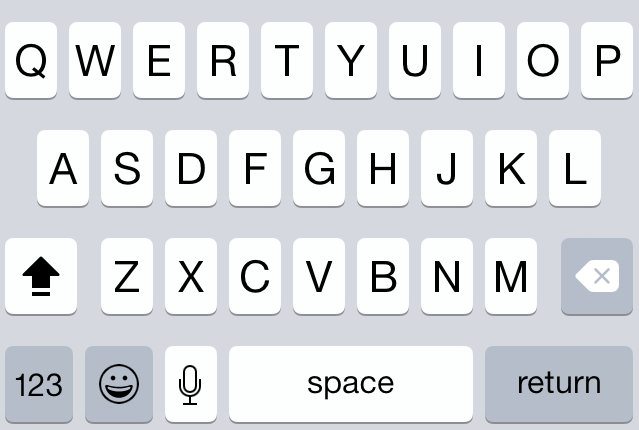 One of the features of iOS 8 that we weren't expecting to use on a day-to-day basis was predictive texting. Normally it's faster to just type out the words, but using predictive text -- especially with longer words -- is a simple joy we didn't know...
Read the whole story

SchrodingerZ writes: In November of this year, the 42nd Expedition to the International Space Station will launch, and the crew has decided to embrace their infamous number. NASA has released an image of the crew mimicking the movie poster for The Hitchhikers Guide to the Galaxy, a film released in 2005, based on a book with the same name by Douglas Adams. Commander Butch Wilmore stands in the center as protagonist Arthur Dent, flight engineer Elena Serova as hitchhiker Ford Prefect, flight engineer Alexander Samokutyayev as antagonist Humma Kavula, astronaut Samantha Cristoforetti as Trillian, and flight engineers Terry Virts and Anton Shkaplerov as two-headed galactic president Zaphod Beeblebrox. The robotic "Robonaut 2" also stands in the picture as Marvin the depressed android. Cristoforetti, ecstatic to be part of this mission stated, "Enjoy, don't panic and always know where your towel is!" Wilmore, Serova and Samokutyayev blasted off September 25th for Expedition 41, the rest of Expedition 42 will launch November 23rd.

Statistician Creates Mathematical Model To Predict the Future of Game of Thrones by samzenpus
Saturday October 4th, 2014 at 3:34 AM

KentuckyFC writes One way of predicting the future is to study data about events in the past and build a statistical model that generates the same pattern of data. Statisticians can then use the model to generate data about the future. Now one statistician has taken this art to new heights by predicting the content of the soon-to-be published novels in the Song of Ice and Fire series by George R R Martin. The existing five novels are the basis of the hit TV series Game of Thrones. Each chapter in the existing books is told from the point of view of one of the characters. So far, 24 characters have starred in this way. The statistical approach uses the distribution of characters in chapters in the first five books to predict the distribution in the forthcoming novels. The results suggest that several characters will not appear at all and also throw light on whether one important character is dead or not, following an ambiguous story line in the existing novels. However, the model also serves to highlight the shortcomings of purely statistical approaches. For example, it does not "know" that characters who have already been killed off are unlikely to appear in future chapters. Neither does it allow for new characters that might appear. Nevertheless, this statistical approach to literature could introduce the process of mathematical modelling to more people than any textbook.

Next Page of Stories